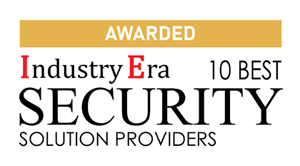 Getscw.com or Security Camera Warehouse, Inc. located in Asheville NC, has some explaining to do.


As professionals in the industry, with over 28 years of ethical security consulting, we have become concerned about the ongoing business practices of certain companies in our industry. When we detect what appear to be questionable marketing practices, we feel we have a responsibility to alert the public. We are always concerned about fake and edited reviews as well as shady and "Black Hat" internet marketing schemes that keep bad actors in the game.

Misrepresenting Their Time in Business

There are plenty of "used car" sales tactics online websites can abuse, have you seen this one before? Lying about or exaggerating their time in business. From the information we have obtained it appears this is exactly what Security Camera Warehouse is doing. The North Carolina State Business Registry shows the company formed in 2016 which means they have only been in business 5 years, on their website they claim more than 10 years. If they lie about that, a reasonable consumer would have to assume they'll lie about anything.

Can a single convenience store make the Inc. Magazine's list of the 5000 fastest going companies in the nation? We wouldn't think so, but Security Camera Warehouse made the 2018 list. What is concerning is Dunn & Bradstreet (the most trusted business reporting service in the nation) has documented that SCW generates the same annual sales as a single convenience store, yet they made the Inc. 5000 list! How did that happen? In our minds only one of two events could produce such a conflict. Either Dunn & Bradstreet is reporting bad numbers, or false numbers were reported to Inc. Magazine. Since Dunn & Bradstreet collects their data from financial institutions, their data is considered reliable and accurate. In contrast, Inc Magazine relies on data submitted by the companies applying for the list. We are not sure where the discrepancy occurs, we simply suspect less than accurate reporting at some level. At the very least we would file these facts under "suspect marketing & questionable self promotion".

A common tactic for less than credible online marketers is changing domains. When negative content about their business accumulates, they reach a tipping point where the negative information overwhelms the good and the domain becomes toxic for the business.


Instead of cleaning up their tactics and spending years repairing their online reputation, they simply change the website domain and leave all that negative content behind. The tactic is quite effective, within in a few months the old domain is unlisted by search engines and the company is up and running with a clean slate.


There is no argument, it takes years to get a domain listed and ranking with search engines. Switching domains is a drastic action most companies would never consider. But in July 2019 Security Camera Warehouse did exactly that! They dropped the old domain and started new with getscw.com. It's possible there could be legitimate reasons for such a drastic action but again it seems contrary to what a reputable company would do.

When buying a website domain you have an option to pay extra to hide the name and ID of the owner(s). We would never hide in such away and most reputable companies wouldn't either. But in 2019 Security Camera Warehouse did exactly that. They paid more to hide the identity of the domain owners! So now the question is; Who is hiding and what are they hiding from? Out of all the inconsistencies we have found, this one is the most telling.

Filtering reviews is a common tactic that is no better than creating fake reviews. Often companies trying to inflate the quality of their reviews may structure their customer review system so only reviews they select get posted and are accessible to the public. Sadly this is not a hard thing to achieve. A company trying to "stuff" their reviews would simply keep their review link private, they call the customer after receiving their order and verify they are happy with the purchase. If the customer is satisfied, then and only then, they send an email link to the review page. The result filters out any unhappy customers and generates a manipulated rating they promote to the public.


This tactic does have some telltale signs that allow you to spot companies that may be stuffing their reviews. First their overall review rating is the highest in their industry, strangely high. We all want to buy from a five star company so we have a tendency not to question the elevated overall rating. But if you notice, there will be very few one, two & three star ratings. Reality is all companies have "Trolls" or "Karens"; customers who will publicly complain no matter what. Consider companies that top the American Satisfaction Index, they have an average overall rating of 4.2 - 4.6 stars. The #1 listing Disney ranks at a 4.6 stars. On google reviews at the time of this posting Security Camera Warehouse has exactly (90) five star reviews and (2) one star reviews. They have (0) two, three or four star reviews...none! Marketing experts would put such results in the extremely suspect category. From decades of experience we are quite certain companies with an almost perfect rating is either selling only to family members or they are actively manipulating their reviews. Security Camera Warehouse's reviews mirror this profile. If such tactics are being used at SCW they may be violating Federal Trade Commission Laws, who knows.

"Black Hat" Business Practices We Should All Be Concerned About