Where will you locate your video recorder? 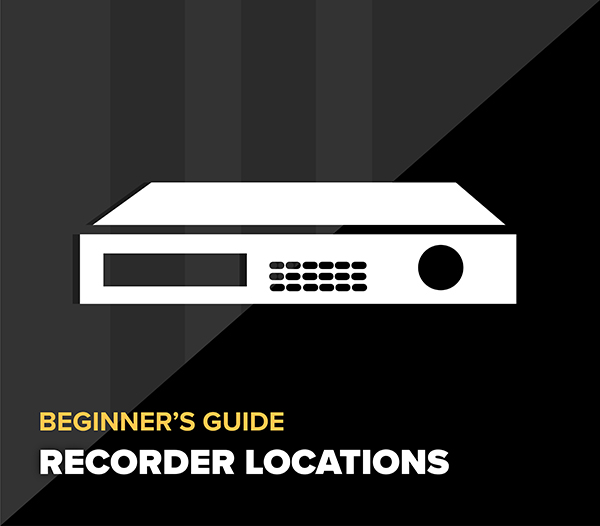 
Where will you locate your video recorder?

As you start to consider equipment locations, please keep the following in mind: All systems (including wireless) require a video recorder or some type of modem for the camera to report to. This is also commonly referred to as the “front end”.

The important thing here is to understand that any device you choose will have to be protected from the elements. Do not locate the video recorder anywhere you would not feel comfortable putting a computer. The video recorder must be protected from the elements in a fairly stable, clean, dry and controlled temperature environment. This eliminates locations such as attics or garages where temperatures may soar.

When choosing the location of the video recorder, remember the following:

For remote viewing (internet or mobile), connecting a network cable (Cat5 or 6) from the video recorder to your internet modem is required. (“Wireless” or “Wifi” does not support the bandwidth requirements).

Nationwide, video surveillance systems typically grow 35% after installation. This is due to two reasons: First, the customer did not use an adequate number of cameras to provide the coverage they desired. Second, the customer found the system to be so effective that they expanded the system to provide additional security and surveillance benefits.

The lesson here is to allow the system to have expansion capabilities. You can always add cameras, but it’s the DVR that you have to make sure will support your future needs. Surveillance DVRs are built to support four, eight, sixteen and thirty two cameras. If you initially purchase four cameras with a four channel DVR and then later find that you absolutely need a fifth camera, that one additional camera is going to be expensive. Out goes the four camera DVR and in comes a new eight camera DVR. Lesson: it is wise to purchase a video recorder that is one size larger than you initially need.

The difference between an NVR & a DVR

← Previous Next →
Related Posts
2 Comment(s)
Armondo H
Can I put the recorder in a safe?
Reply Apr 25, 2021 21:50
Backstreet Support Staff
Yes we have seen it done. But keep in mind the video recorder has a hard drive in it and should not be placed anywhere you would not put a computer. The lack of air movement in the safe may shorten the electronics life. Make sure the safe is well vented if possible.
Reply Apr 25, 2021 22:00
Backstreet Support Staff
Welcome to our new customer security blog. Here customers can asked detailed questions and start conversations regarding their security projects. Experts with over 54 years of combined experience will respond within 24 hours, offering our best advice. Join in! Other customers can contribute to any conversations.
Reply Apr 01, 2021 03:42